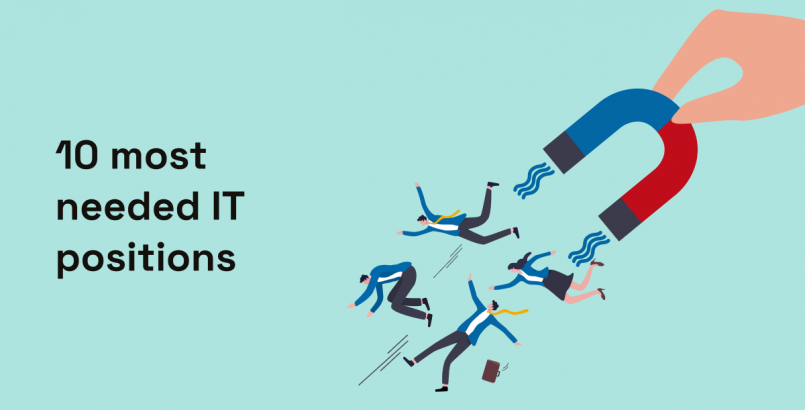 While the impact of the pandemic is diminishing in many countries, the IT industry continues to change at breakneck speed. It seems that the trends which emerged during the pandemic are set to stay post-COVID-19. In fact, as many as 70% of tech specialists want to work in a hybrid format, while 54% admitted that they would leave their current employer if they were forced to go back to the office. The talent gap is still widening, 50% of recruiters, and even more tech leads (94%) have real trouble hiring skilled candidates. New branches like AI, VR, and machine learning require a whole new cohort of highly qualified employees. Who is needed and which role is rapidly changing. Here are the current top ten in-demand roles?

At Talent Alpha, we looked at the market and identified the most globally in-demand tech roles.

Every year there is one role on the market that leads the pack. For three years now the keyword ‘blockchain’ has been red-hot. Today, blockchain technology is literally everywhere, and according to Statista data, no single secure banking transaction is conducted without chain code (in finance it is 28% of all blockchain implementations). The same study also highlights that worldwide spending on blockchain solutions reached $6.6 billion in 2021. The blockchain environment is especially prominent and has the most job openings in big hubs such as San Francisco, NYC, Singapore, Hong Kong, and London while the US is the leading country for blockchain hires. Forecasts point to the blockchain industry being worth $67.4 billion by 2026, a CAGR of 68.4% between 2021 to 2026. Furthermore, the demand for blockchain developers may increase by 300-500% yearly.

During the pandemic and the rapid digitalization processes of many companies, the danger of online threats has risen significantly. Companies have noticed how security in cyberspace is crucial for stable operations and business continuity. As a consequence, the demand for cybersecurity specialists has soared since the onset of COVID-19. On top of this, the first quarter of 2022 saw a dramatic increase in cyberattacks connected with tensions between the West and Russia. With the flash floods of misinformation as well as system hacks, cybersecurity analysts are even more sought after. In 2020, a cyber security analyst’s salary rose by 16.3%, which was the largest increase among all IT roles. In 2022, the average pay for this position in the US was in excess of $165,000. Many organizations have decided to hire juniors in cybersecurity because of the widening talent gap.

Because of the extensive deployment of AI, specialists in this field are now in high demand. In every major tech hub, the machine learning engineer’s position is in the top 10 best-paid jobs. The average salary is between $115k and $171k. The more specialized the ML engineer is in subfields such as voice processing, text transcription, and especially NLP, the greater the salary which can be over $160,000. Interestingly, the vast majority of ML engineers are computer science graduates as this position requires a combination of mathematical skills and an understanding of various coding languages like Python, Java, and R.

This role is strictly connected as with the previous one, to machine learning and data science. Servers have millions of rows of various data, generated by social media and other companies via web pages. Today this role is crucial to the process of designing and creating AI and ML algorithms that have been prepared for utilization. Hence, big companies which implement AI in their structure are highly reliant on data scientists’ work. Average pay for this position rose by 12.8% in 2020. According to Glassdoor data from 2022, the annual average salary is now in excess of $120,000. The average hiring time for this role is currently 49 days.

Backend developers along with full-stack developers, make up more than half of all software engineers’ recruitment interviews. This is not surprising as specialists who are good at APIs, databases and cloud-based platforms are highly valued in the industry. In 2021, 43.73% of tech professionals said that the best description for their occupation was a backend developer. In 2020, 24% of companies stated that backend positions were the second-most marketable developer role. Nowadays most e-commerce companies fall back on backend developers. Backend coders are globally in the middle of the pay scale but in fifth position in the US, with an average salary of $133,000. As a result of high demand, these developers are relatively young, with the majority coding professionally for less than 10 years.

When asked, almost half (49.47%) of developers stated that ‘full-stack’ best describes their job. For many organizations, it is the number one role to fill. Well-versed specialists in this field are in huge demand, with a 35% yearly growth since 2015. A full-stack engineer usually knows languages such as HTML, CSS, JavaScript, PHP, and C#. These developers command most of the interview requests among software engineers. When asked, hiring managers regarded full-stack roles as a top priority in 2020. The Hired report showed that companies are very much engaged in recruitment drives for full-stack developers.

Unsurprisingly, for frontend developers, JavaScript is the world’s most widely utilized and well-known programming language. However, just as Vue and Angular are central to the framework of web technology, React is a core language for building web pages and features in the specialists’ ‘favorites’ list. According to a Github report, since 2014 Javascript has consistently been regarded as the ‘top language’ and is one of the top three skills that recruiters are looking for in 2022. Over 50% of recruiters admitted they look at Javascript language skills during the hiring process. Demand for good Javascript developers is huge, with 72% of companies open to hiring for Java Script roles.

According to Oracle, organizations around the world use the Java Language more than any other. Organizations stated that Java is used on a daily basis for AI, VR, and DevOps projects. Moreover, the language has wide applications in cloud computing which has led to greater demand for specialists with the best in their field commanding a salary of up to $111,000. 44.1% of tech HR employees take Java proficiency into account while recruiting developers. A Github study showed that Java has been the third most popular coding language since 2019, with 42% of Java coders holding a computer science degree, and those with a master’s degree earning respectively more. Java specialists are most sought after in New York and Chicago.

Python is really popular among coders, as well as those starting out on their career paths, with 27.7% of devs having plans to learn Python. On top of this, almost half of recruiters are focused on acquiring Python devs. Coders indicated that Python was their second favorite language and Python was the primary language for 29% of developers and coders’ second favorite programming language. Python is extensively used in big tech companies such as Uber, Netflix, Amazon and YouTube. The majority of coders use Python for data analysis and interestingly 32% of them consider themselves data scientists.

Some languages may be perceived as passing fads. As was mentioned earlier, the IT market moves very quickly with other languages rising rapidly in prominence. This is illustrated by languages such as Ruby on Rails and Go. Ruby on Rails’ popularity has predominantly been driven by wide implementation in major companies such as Airbnb, Github, and Shopify. However, according to a Hackerrank‘s study, most developers intend to learn Go. One study found that 11% of devs are planning to migrate to Go in the near future. The Asian Go IT market is especially big, with 16% of Chinese programmers writing in Go.

The New Renaissance of Work 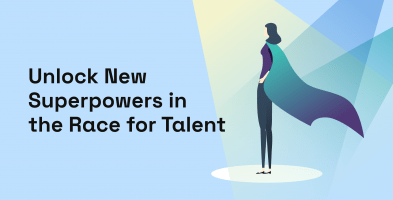 Unlock New Superpowers in the Race for Talent 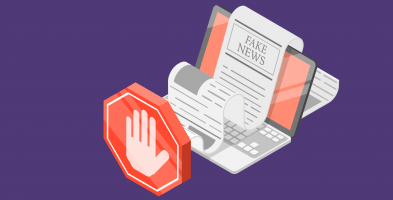 How do you avoid falling down a fake news rabbit hole?

In these times, it’s difficult to differentiate the truth from completely fictitious news stories. How not to become a fake news victim?