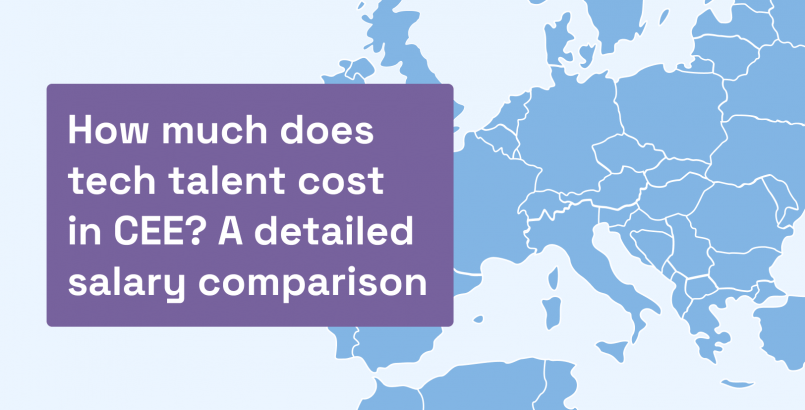 Nearshoring in CEE has been gaining ground recently. This region is especially attractive for companies looking for well-versed specialists at affordable prices. The salaries in the region can be three times lower than those in the UK. Little wonder then that many companies are exploring different collaboration models such as staffing agencies, talent marketplace platforms, and local HR agencies. They collectively have a pool of over 1 million developers, so the possibilities of cooperation are extensive.

Keep in mind that CEE is not a monolith, there are some significant differences between countries, and it is vital to be aware of them. This article will lead you through the comparison of the main players in the CEE IT market, as well as price trends.

Poland and Romania are among the most developed countries in CEE with mature tech markets. There is a talent pool of around 300,000 Polish developers and 139,000 Romanian.

Because of market maturity and specialists’ knowledge, wages in Romania[SP1]  are the highest for the entire CEE region. A year ago, Romanian software engineers were more affordable than their Polish counterparts. Right now, it is the other way around as wages in Romania are currently 10% higher than in Poland. A major reason is a movement of many international organizations to Romania, as well as the constantly rising quality of the country’s tech specialists. However, these wages are still around three times lower than in the UK. You can find more about this here.

Bulgaria and Croatia, as relatively new members of the EU, are starting to create strong internal IT markets. At the same time, they are magnets for companies looking for more affordable tech employees that are still located inside the EU.

Croatian and Bulgarian software engineers are certainly less qualified than their Romanian and Polish counterparts. However, they are approximately 10% less expensive than those in the two latter countries. Moreover, the tech stack is significantly smaller than in other countries; there are 65,000 tech specialists in Bulgaria and 34,000 in Croatia.

Data also shows the difference between the two countries, specialists such as data scientists and full stack developers earn approximately 10-15% less in Bulgaria compared to Croatia.

Outside the EU – there is still valuable cooperation on offer

Countries outside the European Community are certainly not being left behind. In fact, it’s the opposite. They represent a massive area to explore for organizations looking for very competitively priced tech employees. The clear leader in this group is Moldova, which benefits from cultural and linguistic proximity to Romania, where many companies have started to source talent.

Moldova is followed by Armenia and Serbia. After the outbreak of war in Ukraine, many Russians who are politically opposed to the government in Moscow, moved to Serbia. This is a major reason why the local IT market is thriving, and wages are rising. Nevertheless, prices are still 25%  lower than in Poland.

In general, many companies are afraid of collaborating with non-EU software providers. On the one hand, you acquire lower prices and overall cheaper delivery of a project. On the other, the EU provides standardized documentation workflow and binding GDPR rules for every member. We covered the topic of the pros and cons of nearshoring in CEE in our other post.

Tech wages in Moldova and Serbia are quite similar. However, salaries in Armenia, with its strong IT market, tend to have the highest salaries among countries outside the EU.

Ukraine and Belarus have software engineers with solid tech insight as well as strong work ethics. After Polish and Romanian developers, Ukrainian software engineers are ranked among the most qualified in the world. The talent pool is estimated at almost 300,000 specialists; 185,000 for Ukraine and 100,000 for Belarus.

After the outbreak of war in Ukraine, the wages of Ukrainian tech employees soared; now they are higher than in Poland. As a consequence, Ukrainian people began to join international western companies which were offering higher salaries. They have not been conscripted into the army because their work helps to support the Ukrainian economy.

Tech specialists from Belarus and Ukraine are recognized as very hardworking people with extremely high work effectiveness and productivity. They are also not discouraged by working across different time zones.

Methodology: data adapted from local currency rates available on the 19th of September 2022.  All salaries are monthly.

Methodology: data adapted from the local currency rate available on the 19th of September 2022.  All data is in comparison with wages in the UK. The figures are rounded up to the first decimal point. All salaries are monthly.

How to collaborate with a CEE tech workforce?

First of all, if you are looking for people who will work permanently for you, you can hire developers from CEE like any other employee in your country. Another option is HR IT outsourcers like Infosys, Softserver, and Genpact. It is the best solution if you want to work with whole teams at once, but on the other hand, these are pretty pricy.

However, there is one more way. You could take a non-intuitive approach and pay specialists per hour; it will cost you more, but at the same time, think about what you gain. By utilizing this recruitment model, you don’t have to pay much attention to employer branding and pay for benefits, sick leave, or paid time off. So although you pay more upfront, you do benefit significantly in other areas.

A collaboration model like this is possible thanks to freelancer portals and talent marketplaces. Talent Alpha, for example, offers a vast talent pool of 50,000 tech specialists from, and this is crucial, trusted IT vendors across CEE. This will make your nearshoring operations smooth and extremely efficient.

If you are looking for tech talent, don’t hesitate and write us at cs@talent-alpha.com 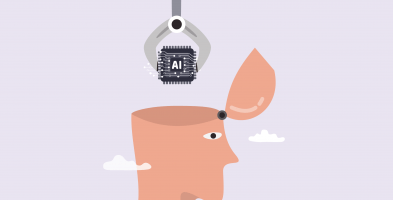 The power of AI and more automation in recruitment for 2022

The pandemic has accelerated the implementation of technology in the HR industry as well as its digitalization. Hiring has become increasingly dependent on algorithms and software. So, what are the most important and burgeoning new technology trends in HR and recruitment for 2022? 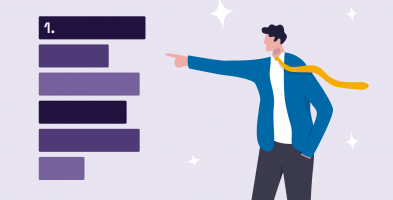 6 Latest Trends in IT Recruitment

Since the beginning of the pandemic, the workforce has changed a great deal. With companies using a wider net to attract talent, other factors come into play – so what are they? 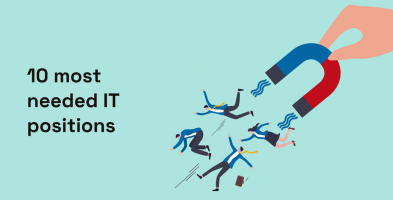 The top 10 most in-demand IT positions

The IT industry continues to change at breakneck speed, but what are the current top ten in-demand roles?